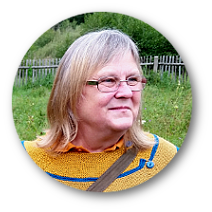 Hi, I'm Angela from the Ore Mountains (Erzgebirge) in Eastern Germany. Since July 2017, I'm on my journey through the finesses of the art of embroidery. I would call myself an intermediate beginner. And I would love to take you with me on this exciting journey, to show you what I'm doing and what problems I'm grappling with, accompanied by little stories about my experiences. I would be delighted to hear from you and your experiences as well! To do so, just klick on the link at the end of the page and drop me a line!

Needlework was an integral part of my childhood. It was my aunt, to begin with, who watched attentively over me keeping my hands busy, especially when I had nothing to do. 😉 She taught me a whole lot: sewing, mending, darning, knitting, crotcheting, and I'm sure there was some embroidering too, because I remember working with a hoop. It was counted cross stitch, to be sure, though after her death I discovered some nice tablecloths amongst her assets, stitched in surface embroidery. 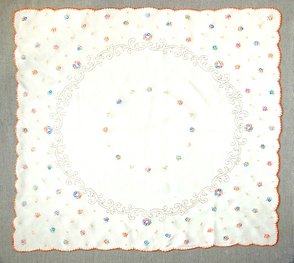 Then we had needlework as a school subject in third grade. The boys had handicraft, but basically we were free to choose. We sewed an apron, crotcheted pot cloths and coasters, knitted socks, and we were embroidering. I have forgotten what, but it was cross stitch, to be sure. 😏 Well, there's weaving left, and indeed I had two small looms for children, which I tried my hands at for some time. 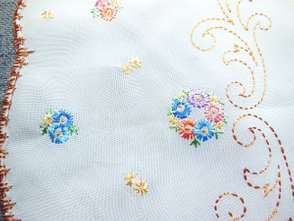 I wasn't much of a "good girl" and generally didn't like the things adults were expecting of me. I was an intellectual and adventurer, a sucker for lit, maths, arts and travel, who downright hated domestic work. But I did like needlework (after all, it is an art, isn't it?). It just felt right for me. And it was so calming, almost meditative. When I was knitting, crotcheting, stitching, I felt always in peace with the world and myself. 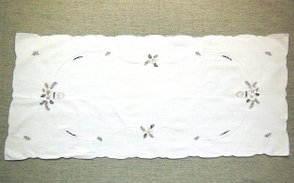 As a young girl and later as a mother, I did some knitting and sewing, little of which was finished. There's still some age-old UFOs lounging around my home, I guess. Then there was a break for many years. I was preoccupied with theoretical issues: philosophy, psychology, astrology, homeopathy ... Let's face the facts: I was top-heavy, living predominantly in my brain. I was living upside down, in a permanent headstand, until I was no longer able to stand the headaches. 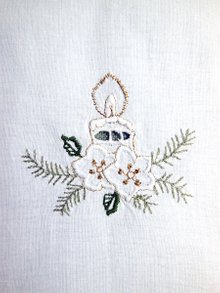 It was Julia Cameron's book The Artist's Way, which helped me open my eyes and my heart and find out what I truly needed. There's an exercise in it called The Artist Date. It's about taking oneself on a date with one's inner child once a week, listening to it and answering its wishes. It wasn't easy for me to understand what my inner child desired, but suddenly I got a vision: juggling balls. Well, ok, let's find and buy some colourful juggling balls, then. Then a second vision. First it was merely colours: olive and brown. After a while, I realized that it was wool. Olive and brown wool. Yes, of course! My inner child was longing for knitting! So I went and bought wool and began to knit ... 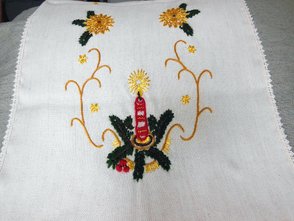 My first knitwork were socks for my friend's birthday, since she always suffers from cold feet. Hardly my family learned about it, as suddenly everybody wanted knitted socks. So I made socks for my daughter, socks for my son-in-law, a loop scarf for the other daughter, a cell phone sachet for my husband ... 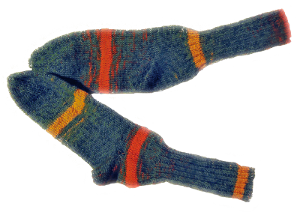 Socks for a Friend

... and finally: My FFS = First Finished Sweater! I'm so proud of it!
The free pattern with a fool-proof instruction came by Drops Design. 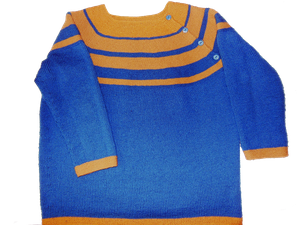 But what about embroidery? I was dreaming of embroidery right from the (new) beginning, but the shops carried cross stitch kits only with boring or outright ugly designs on top of that. I didn't want to do cross stitch. But I didn't know anything else.

After my U-turn from headstand back on my feet, I had dabbled several years in painting and drawing. That's what I always wanted: to create images expressing my inner visions. But painting and drawing never proved so satisfying that it came up as a spontaneous need. It didn't give me the relaxation and inner peace as needlework used to do. Well, what about embroidering images? Is there such a thing anyway, is it possible? Let's call it "needlepainting", shall we? - Hey, there is such a thing, indeed, and they even do call it needlepainting!

The last impulse came to me by another book, The Last Runaway by Tracy Chevalier. It's about a young English Quaker in the 19th century, who finds herself in the United States of America with no return. She's a fabulous quilter, and reading the extensive and detailed descriptions of her quilting and sewing, while the author is comparing the English quilting traditions to the American, reminded me so much of my childhood needlework, that I decided to learn quilting and embroidering (the quilts) as of now.

That was in June 2017. The quilting is suspended for the time being: not enough space, not enough time (and money for large amounts of fabric). Maybe the quilting was just a subterfuge for enticing me into embroidery? I need my daily stitching ... and the rest is (becoming) history ...